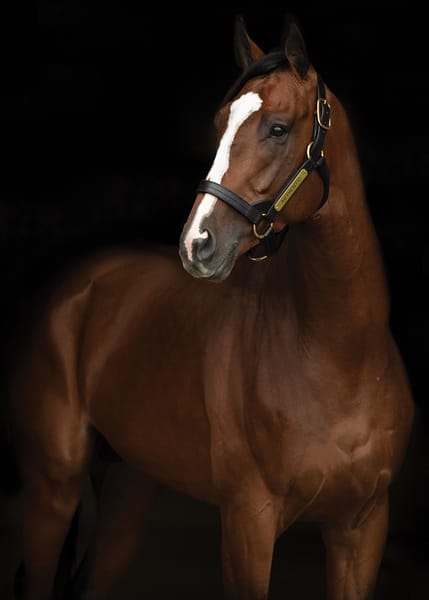 Spendthrift Farm’s debut stallions and 2020 Eclipse finalists Authentic and Vekoma have had their first respective mares confirmed in foal.

Authentic has had two mares reported in foal, both from his official first day of breeding on Feb. 10. Aguilera, a daughter of Unbridled’s Song and the dam of multiple stakes winner Bluegrass Singer, and Jennifer’s Dream, a stakes-placed daughter of Medaglia d’Oro out of Grade One winner Joyful Victory, are both pregnant. Aguilera is owned by Seclusive Farm, LLC & Chester and Anne Prince, and Jennifer’s Dream is owned by Hidden Springs Farm.

Vekoma’s first mare reported in foal is Scion Power, a daughter of Wildcat Heir and full sister to graded stakes winner Derwin’s Star. She is owned by Angela Ingenito.

Authentic was recently named the 2020 Horse of the Year and Champion Three-Year-Old Male after capturing wins in the Kentucky Derby (G1), Haskell Invitational (G1), San Felipe (G2) and Sham (G3) over fellow sophomores.

The son of Into Mischief closed out his championship campaign by defeating older horses in the Breeders’ Cup Classic (G1) before retiring to Spendthrift with earnings of $6,191,200. His debut stud fee is $75,000 S&N.

Vekoma was an undefeated graded stakes winner at two and four and captured a major Kentucky Derby prep race at three.

After winning on debut in 1:08 4/5, the Candy Ride (Arg) colt earned his first graded win in the Nashua (G3) at Aqueduct to close out his juvenile season. Vekoma scored a decisive win in Keeneland’s Blue Grass (G2) at three, and he proved to be one of the best horses in North America last year as a four-year-old.

Vekoma won a pair of Grade One races in New York in 2020, including dominating the Carter (G1) before taking the prestigious Met Mile (G1), and captured the Sir Shackleford S. at Gulfstream. He retired to Spendthrift with earnings of $1,245,525 and is standing his first season at stud for a fee of $20,000 S&N.