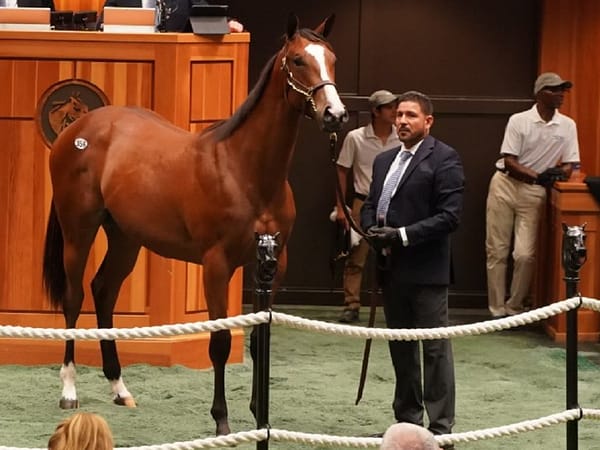 Maximus Mischief, a graded stakes-winning son of Into Mischief, was represented by his first yearling at the Saratoga New York-bred Yearlings sale on Aug. 14 when hip No. 356 sold for $167,000, more than 22 times his stud fee.

The filly was consigned by Bluewater Sales, agent, with Kueber Racing LLC the winning bidder.

The bay filly, bred by Mark Toothaker and Allen Poindexter, is the second foal out of the Malibu Moon mare Miss Malibu Style, whose dam Stylish was a multiple graded stakes winner.

Maximus Mischief, winner of the Remsen S. (G2), posted the best recorded Beyer Speed Figures for a 2-year-old by Into Mischief, ahead of the likes of Audible, Goldencents and Life Is Good. He stands at Spendthrift for $7,500 live foal.

Maximus Mischief has five lots scheduled to sell during Monday’s closing session of the auction.