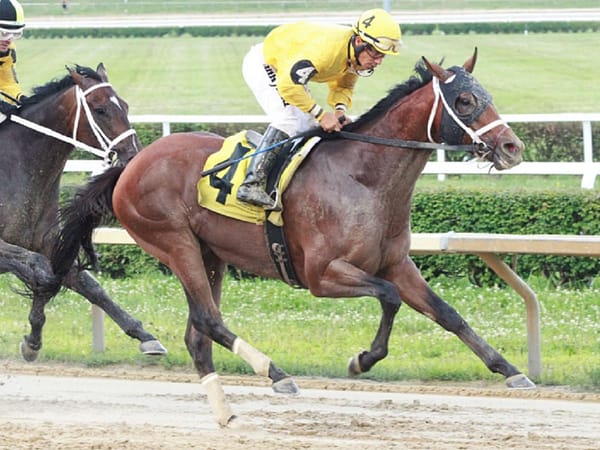 He was one of three stakes winners on Saturday for Into Mischief, topped by Life Is Good in the Whitney S. (G1), and joined by Provocateur in the $108,000 Jersey Shore S. at Monmouth Park.

Fulsome, a 4-year-old Juddmonte Farms homebred, was odds-on favorite in Saturday’s 1 1/16-mile contest. He was well-rated early under Paco Lopez, sitting about three lengths off the pace through the first six furlongs. He responded readily when asked, coming four-wide into the stretch and wearing down Derby House to win by 1 ¼-lengths over the sloppy going.

Fulsome is one of 111 stakes winners and 51 graded winners for his all-conquering sire. A half-brother to a pair of stakes runners, Fulsome is out of Flourish, a winning daughter of French SW & GSP Viviana, the dam of Sightseek, a seven-time Grade I winner, and Tates Creek, a dual Grade I winner on the turf. Flourish was bred to Into Mischief for 2023.