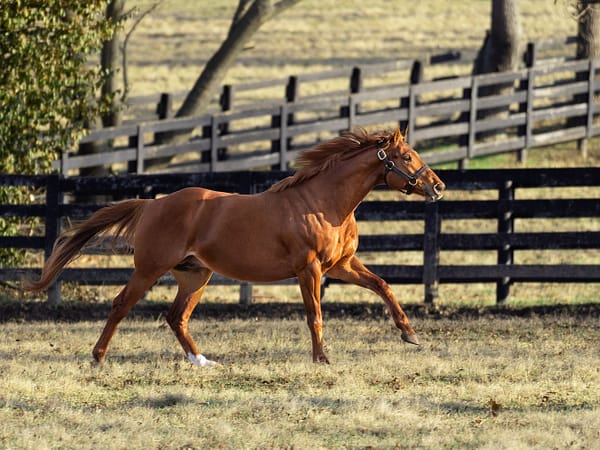 Spendthrift Farm’s Known Agenda, the 2021 Florida Derby (G1) winner by Curlin, sired his first reported foal on Jan. 7 when a filly was born at Glendalough Farm in Lexington, KY.

Bred by Phillips Farm LLC, the flashy chestnut filly is out of the Henny Hughes mare Sunandsea, a half-sister to multiple graded stakes winner Sailors Sunset.

“We are just overjoyed with this filly,” said Joshua Phillips of Phillips Farm. “She’s exceptionally well-muscled, has a nice hip and a lot of leg underneath her. Just a physically strong individual like the good Curlins. We looked at a lot of different stallions for this mare and Known Agenda stamped this filly beautifully.”

On the track, Known Agenda broke his maiden as a two-year-old before going on to capture his biggest victory in the prestigious Florida Derby by 2 ¾ lengths at Gulfstream as a three-year-old.

For more information about Known Agenda, please contact Des, Mark, or Brian at Spendthrift at 859-294-0030.