Into Mischief got his ninth graded stakes winner of the year Saturday at Monmouth Park when Highly Motivated set a track record in the $400,000 Monmouth Cup S. (G3).

Highly Motivated, drawn widest of all in the field of seven, was in the three path the entire 1 1/8-mile trip. Flavien Prat moved the bay colt from sixth to third on the backstretch to be within a length of the lead. He swept to the top spot coming into the stretch and drew away methodically through the lane to win by 1 ¾-lengths in 1:46.53 on a fast main track.
“I guess we traveled pretty well if he set a track record,” said Prat. “He got himself into a good spot and he was going well. I just wanted to make sure we stayed in touch with the leader. When I asked him to go he really responded.”

Owned by his breeder Klaravich Stable, Highly Motivated is the 51st graded stakes winner worldwide for Into Mischief and out of Woodbine stakes winner Strong Incentive. She was bred back to Into Mischief’s Kentucky Derby (G1)-winning son, Spendthrift stallion, Authentic for 2022. 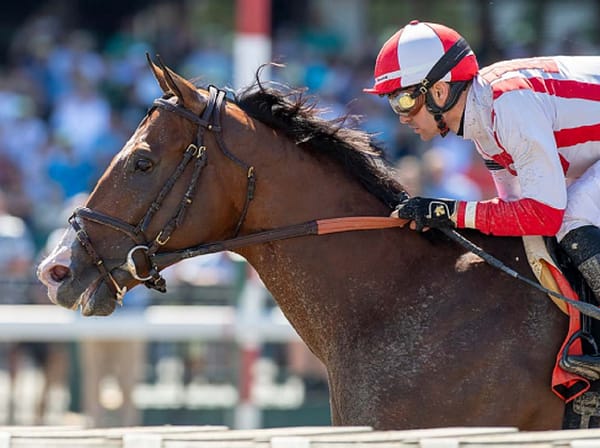