Hit It a Bomb filly garners attention at OBS 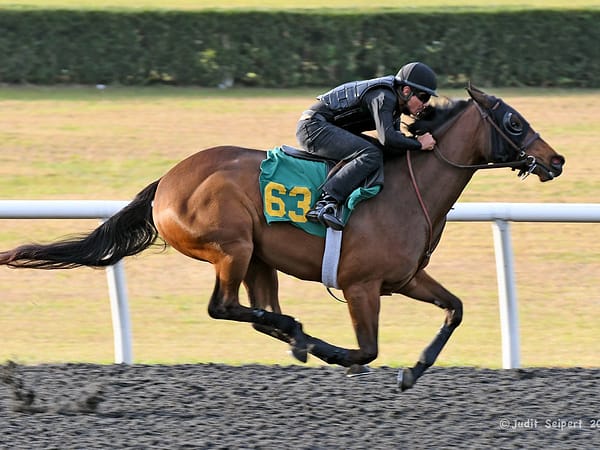 Hip 63, a smooth-moving filly from the first crop of Grade 1-winning juvenile Hit It a Bomb, caught the attention of onlookers Thursday at OBS after her :10.1 breeze followed by a big gallop-out. [WATCH]

Consigned by Harris Training Center, the filly is out of the accomplished mare Five Star Daydream and is a half-sister to the speedy Grade 2-winning filly, Gas Station Sushi.

Hit It a Bomb remains the only Breeders’ Cup winner by leading sire War Front. He captured the 2015 Breeders’ Cup Juvenile Turf (G1) from the 14-hole at Keeneland to cap an undefeated 2-year-old campaign for Aidan O’Brien.

Hit It a Bomb is standing the 2020 breeding season for a fee of $5,000 S&N and is participating in the farm’s “Safe Bet” program that insures breeders by guaranteeing at least one graded stakes-winning juvenile in 2020 from Hit It a Bomb’s first crop or no stud fee will be owed for resulting foals in 2021.