Kentucky Derby (G1) features a trio of Into Mischief colts 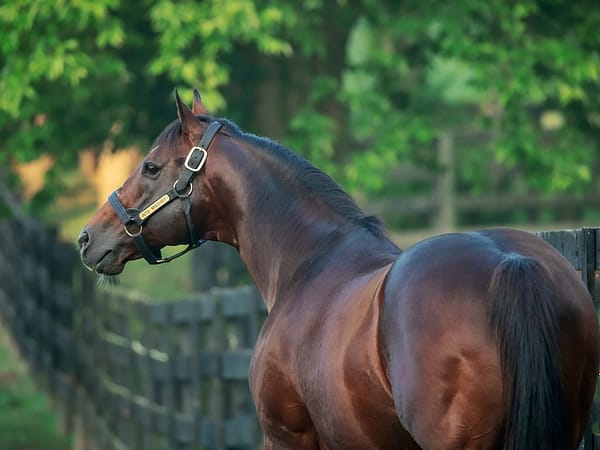 Seven months after Authentic gave Into Mischief his first Kentucky Derby (G1), the nation’s leading sire has three chances for his second consecutive winner in Saturday’s Run for the Roses.

Mandaloun (post 7), Highly Motivated (post 17) and Soup and Sandwich (post 19), who will all represent their sire for different connections, bring solid credentials into the first Triple Crown race of 2021.

Mandaloun is a Juddmonte Farms homebred who won his only start to date at Churchill Downs, a November 28th allowance. The Brad Cox trainee won the Risen Star S. (G2) in February and has been training superbly at Churchill for the past month. He’ll be ridden by regular rider Florent Geroux.

“It ended up working out very well drawing post seven. He’s a horse that has a tactical advantage and can put himself where he needs to be,” said Cox of the post position draw.

Highly Motivated has been very consistent in his five starts, never finishing worse than third and most recently beaten just a neck by Derby favorite Essential Quality in the Blue Grass S. (G2).

Highly Motivated is a Klaravich Stables homebred trained by Chad Brown and once again will be ridden by Javier Castellano.

“I’m OK with it,” said Brown of the wide draw. “Certainly when it was late in the process and (post) one was still out there I would’ve paused and put 17 back on my wish list. There’s a long run into the turn and this horse clearly has a lot of natural speed. Hopefully we’ll be forward enough to come over and get some position into the first turn.”

Authentic won last year’s Derby from the far outside post in a field of 15.

Soup and Sandwich is the most lightly-raced of the Into Mischief contingent, with three starts to date for owner/breeder Live Oak Plantation. The gray colt was an easy maiden and allowance winner in his first two outings, then showed his class with a game second in the Florida Derby (G1).

“He has speed and has the entire stretch to get into position. I’d rather be outside than inside,” said David Carroll, assistant to trainer Mark Casse.