Make Mischief the class of the Yaddo H. 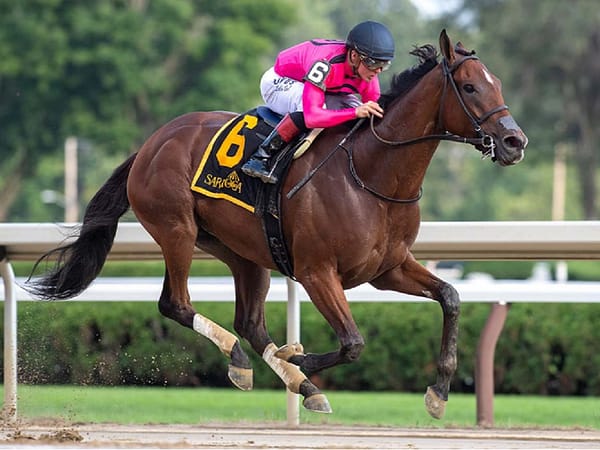 Make Mischief has been a model of consistency in her career, hitting the board in 15 of 20, starts, including 11 times in stakes races, and earning $746,150.

The one-mile Yaddo scratched down to five after coming off the turf, and main track veteran Make Mischief took full advantage of the switch. She tracked the pacesetter Wasp for five furlongs, then took command with ease and drew off in the lane with little urging from her jockey Dylan Davis.

“As soon as they said it was off-the-turf my confidence rose,” said winning trainer Mark Casse. “I wasn’t sure how many had scratched but I knew there would be a few.”

Make Mischief if owned by Gary Barber and sold for $285,000 at the 2019 Saratoga Preferred Yearlings sale. She was bred in New York by the Avanti Stable.