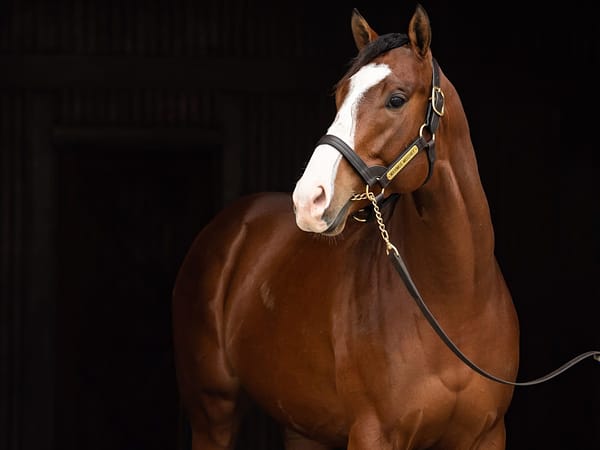 “This colt is very nice with a lot of size for a first foal. The mare is a maiden and rather plain, but the foal looks like (Maximus Mischief) who has certainly moved up the mare. I’m very excited,” said breeder Angela Ingenito. “I see a lot of Into Mischief. He has a nice hip, a lot of bone, a good frontend, and good head and neck. It’s a nice representation of the sire.”

The bay colt is the first foal out of the Two Step Salsa mare Rosetta’s Gift, who hails from the immediate family of multiple stakes winners Roman Dancer (G3) and I’m All Yours.

One of the early winter book favorites for the 2019 Kentucky Derby, Maximus Mischief was undefeated in three starts at two by a combined 17 lengths, punctuated by a decisive victory in his 2-year-old finale over Tax in the Remsen S. (G2) at Aqueduct. He earned the fastest two Beyer Speed Figures – 98 & 97 – recorded by a 2-year-old in 2018, which also remain the fastest ever from a juvenile by his champion sire.

Maximus Mischief, who covered 196 mares from his popular first book in 2020, will stand his second season in 2021 for a fee of $7,500 S&N. He was recently recognized by Chris McGrath in the Thoroughbred Daily News as the best “value” among second-season sires in 2021.