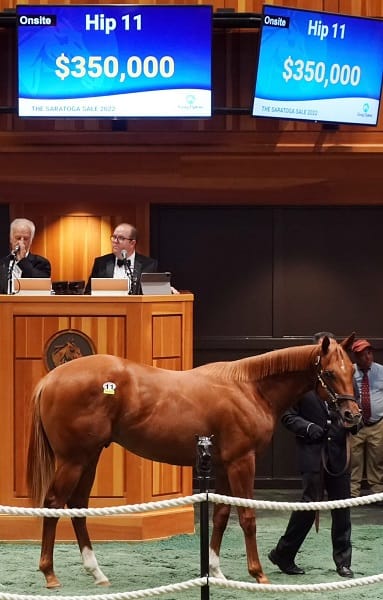 The chestnut colt, hip No. 11, was consigned by Taylor Made Sales Agency, agent, and went to Tom McCrocklin, bidding on behalf of Champion Equine.

Mitole had the distinction of being the only four-time Grade 1 winner during his championship season of 2019, which was capped by his Breeders’ Cup Sprint (G1) win. He has been one of Spendthrift’s most popular stallions during his first two seasons at stud, breeding an average of 219 mares. He stood for $15,000 in 2022.