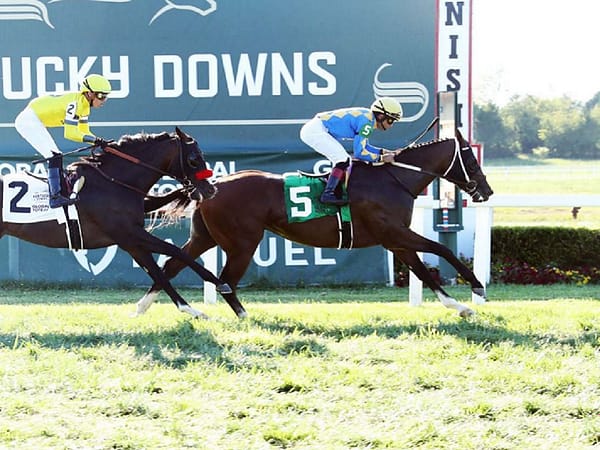 Jimmy Creed’s Private Creed scored a big payday in the $500,000 Juvenile Sprint S. on Sept. 8 at Kentucky Downs. The 2-year-old colt defeated the highly-regarded Sharp Aza Tack by three-quarters of a length in the 6 ½-furlong contest (WATCH RACE).

“The one horse [Sharp Aza Tack] had so much speed,” said winning jockey Joel Rosario. “My horse was comfortable, he was happy where he was. He settled nicely going into the turn. For a second, I didn’t know, as it took him a little time to get going. He just found another gear. He broke good and I was right there. Just a good trip.”

Private Creed was bred in Kentucky by Sierra Farm and is the first foal out of stakes winner South Andros. She was bred back to Jimmy Creed in 2022.