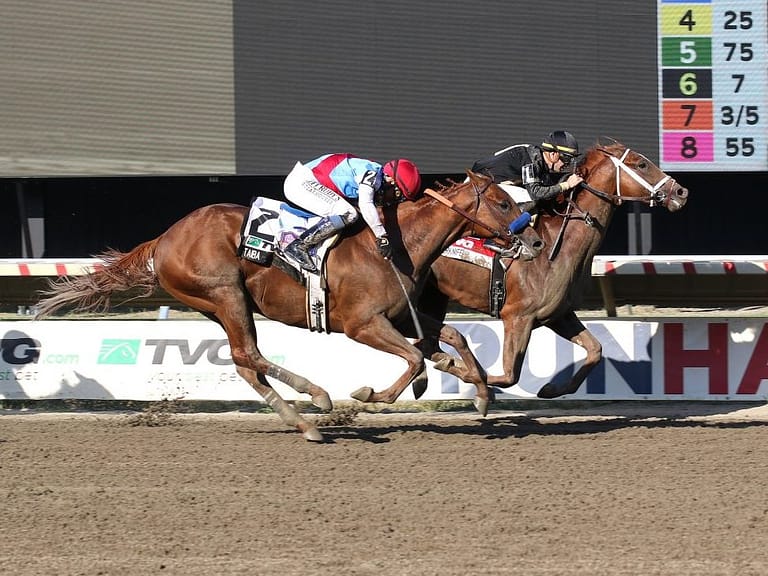 The multiple Grade One-winning millionaire by Gun Runner will stand stud at the Lexington-based farm at the conclusion of his racing career.

“We are grateful to Al Gold and his team for allowing us to acquire the stallion rights to such an exciting horse as Cyberknife,” said Ned Toffey, Spendthrift general manager. “Gun Runner has certainly asserted himself as a serious sire with his first crop, and Cyberknife is his only multiple Grade One-winning son, having impressively won two of America’s biggest million-dollar Grade Ones for three-year-olds – the Arkansas Derby and Haskell.

“Cyberknife is a very good-looking, very athletic colt, and I know their team believes that he is only getting better. He will be a wonderful addition to our roster when his racing career is over. In the meantime, we very much look forward to seeing what Cyberknife can accomplish on the track,” Toffey added.

Campaigned by Al Gold’s Gold Square LLC, Cyberknife bested Grade One winners Taiba and Jack Christopher in the $1 million Haskell Inv. (G1) at Monmouth on July 23rd, setting a new track record in 1:46.24 for 1 1/8 miles over a fast local main track and earning a berth into the Breeders’ Cup Classic (G1) in November at Keeneland. Prior to Haskell day, the track record was 1:46.80 established by Spend a Buck in 1985.

Earlier this year, Cyberknife emerged onto the three-year-old scene with a runaway 2 ¾-length victory in the $1,250,000 Arkansas Derby (G1) at Oaklawn Park. Trained by Brad Cox, the chestnut colt also captured the Matt Winn Stakes (G3) at Churchill Downs in June, compiling five wins from nine starts with earnings of $1,596,520 to date.

“I’m excited about teaming with Spendthrift on Cyberknife, and I look forward to watching him have a productive stallion career,” said Gold. “Cyberknife is a very athletic, tractable colt. You saw Florent (Geroux) use him at multiple points to be able to make the winning move in the Haskell, which produced one of the fastest Ragozin numbers by any three-year-old. We are very excited about him in the Travers and further down the road in the Breeders’ Cup Classic.”

Cyberknife worked a half mile in 49.96 at Saratoga on Saturday in his first breeze since the Haskell. He is being pointed to the $1,250,000 Travers Stakes (G1) at Saratoga on August 27th.

“Cyberknife has always been a tremendous talent from day one, and he’s continued to get better as a three-year-old,” said Cox.

Bred by Ken & Sarah Ramsey, Cyberknife was a $400,000 yearling and is out of the multiple stakes-winning Flower Alley mare, Awesome Flower. He hails from the immediate family of multiple Grade One winner Well Armed.

For more information about Cyberknife, please contact Des, Mark, or Brian at Spendthrift at 859-294-0030.