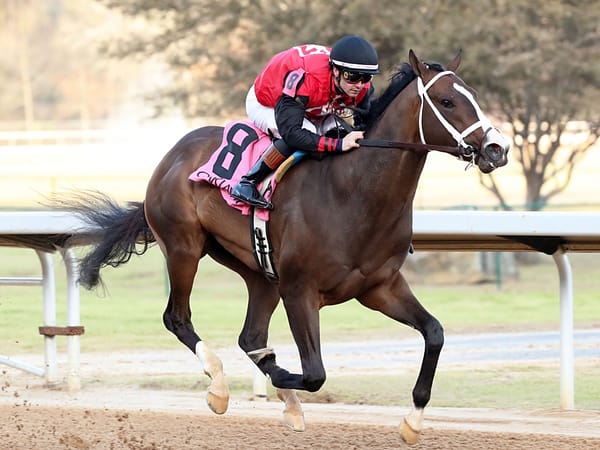 Spendthrift Farm’s and Frank Fletcher Racing Operation’s Victory Formation won his third race in as many starts on Jan. 1 with a three-length score in the $250,000 Smarty Jones S. at Oaklawn Park.

After winning his maiden debut in October at Keeneland, Victory Formation won a Churchill Downs allowance on Nov. 26 before Sunday’s victory. The 3-year-old colt, trained by Brad Cox, has won $282,285.

Victory Formation, who was making his two-turn debut, broke well from his outside post in the field of eight to make the lead going into the first turn. Going along easily most of the way, he was up 1 ½-lengths at the half-way point, then widened impressively in the stretch without being asked for his best at any point.

“I just wanted a good break and get myself into position,” jockey Flavien Prat told FanDuel TV. “He had really good gate speed and I got on the lead.”

Following the Smarty Jones, Victory Formation’s 10 points place him sixth in the Road to the Kentucky Derby leaderboard.