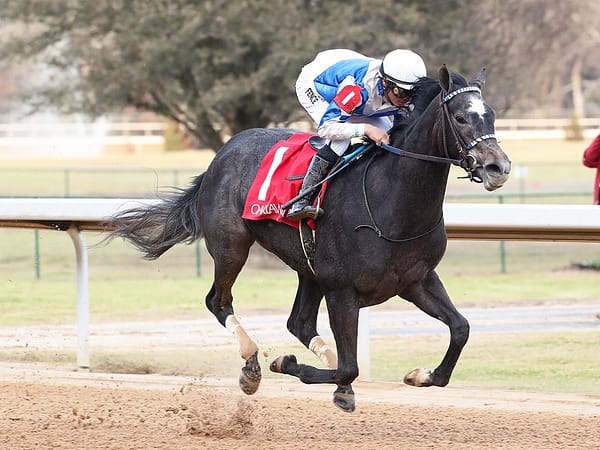 This was the first stakes victory for the daughter of Cross Traffic, who finished 2022 with six stakes winners and twice as many stakes horses. Cross Traffic, who was the champion First-Crop sire of 2018, is standing the 2023 season for $7,500 live foal.

Defining Purpose was in post 1 in the one-mile Year’s End and got pinched back to fourth going into the first turn. She was under a hard hold by David Cabrera while behind horses through a half-mile in :47.86. Cabrera guided his mount into the three-path entering the final turn and she quickly made her way to the lead. She was all alone in the stretch and came home a 5 ¼-length winner.

The victory upped the winner’s record to 2-0-0 in four starts and earnings to $157,088 for Magdalena Racing, Marie Colette and James Ball. Defining Purpose was bred by Colette and is the first foal out of multiple stakes winner Defining Hope.